I am an associate professor in the Mathematics Department at the University of Oregon.  I enjoy learning about different topics and collaborating with others at the intersections of our expertise.  This is part of what attracted me to my area of research in number theory, which relies on many flavors of math.  Much of my work concerns automorphic forms and L-functions, which link seemingly disparate data.  I especially focus on algebraic and p-adic aspects.

Further afield, I enjoy combining my interests in mathematics with other areas, including improv(isational theater), museums, and interdisciplinary applications.  Some community-focused projects I am leading include: 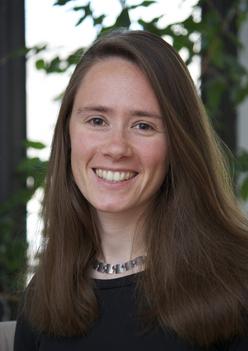 ​​While my research area draws on a diversity of flavors of math, many of its practitioners have (at least through recent history) been less enthusiastic about integrating ideas from people who seem sufficiently different from themselves.  This phenomenon has led to my involvement in efforts to promote women's participation in mathematics, for example through Women in Numbers (for which I led a project, co-edited a volume, organized the AWM workshop at the Joint Math Meetings one year, and served on a panel at the Joint Math Meetings the previous year about collaboration conferences for women).  At Oregon, I co-led efforts to create our Women in Math Reading Room, which provides resources to help women and members of underrepresented groups thrive in the mathematics community and beyond.

You can learn more about my path in Stepping Outside the Mold to Improv-e Mathematics, Angela Cai's winning submission to the 2021 AWM/Math for America high school essay contest.