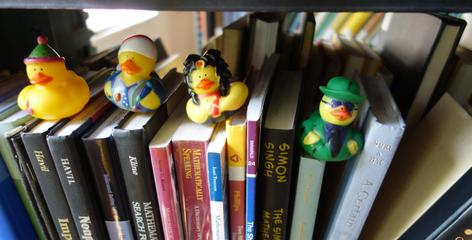 Research students and postdocs working under my supervision:

I started and chair Oregon's Distinguished Lecture Series for Undergraduate Students in Mathematics.  At UNC, Hsu and I started and co-organized a similar lecture series, which was funded by an award from the Kenan-Biddle Partnership. I have been faculty co-supervisor of Oregon's new Undergraduate Mathematics Club since its inception.  During fall 2018, I was a member of the search committee for the new director of Oregon's McNair Scholars program.

I co-organized the 30th Annual Automorphic Forms Workshop, which took place in March 2016 at Wake Forest University.  This workshop was partially supported by NSF Grant DMS-1601959.​